Hi friends, I wanted to let you know that it’s time for me to give my blog a makeover. I  am changing the name of my personal running blog from “Boston or Botox” to “Run. Work. Live. Repeat.” (www.RunWorkLiveRepeat.com)

Tagline: “A running blog about chasing your kids, chasing your dreams, and chasing away a few grey hairs in between.”

All of my old posts will move over with it, and I’ll still write about “marathons, motherhood, and midlife triumphs,” and of course, the Boston Marathon, but a lot more, too. It simply was time for a change and to expand my literary and writing focus. It feels good.

I’ve secured the domain name, RunWorkLiveRepeat.com, but the new site isn’t live yet. I will let you know when it is. It should be within the week. Hopefully I’ll MacGyver my redirect pages correctly and they won’t come up operating like an old Yugo, but in case they do, please look me up. Your support has meant the world to me. I’ll give all the techie stuff my best shot in the meantime.

Thanks again for your kindness, and you’ll hear from me again soon! 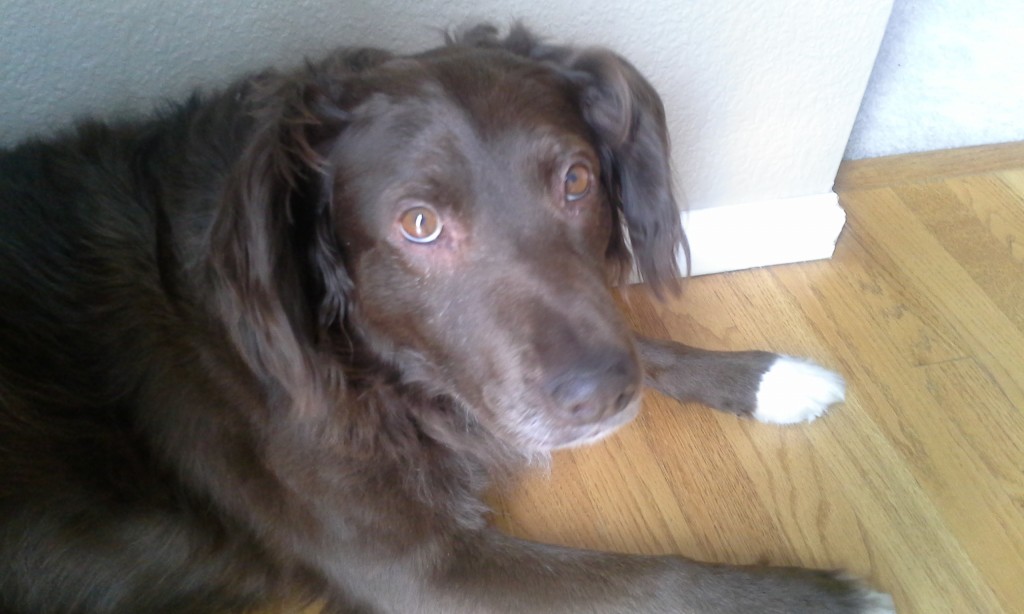 Brownie, our dog, is greying a bit around her muzzle. She’s older than we thought.  Our vet said the Aussie rescue where we got her probably stretched the truth about how old she was so she would get adopted.  It’s not a huge surprise really.  Most people want puppies over adult dogs, but she almost didn’t get a second chance because of her age. What a shame that would have been. She’s a great dog.

These days I’m contemplating changing careers, and I can’t help but wonder, what if, just like Brownie, my age makes it harder for me to get a second chance?.I sure hope that doesn’t happen, but I think it’s a valid concern. I believe we live in an age-obsessed society that often values youth over wisdom or life experience. This worries me.

For the last several weeks I have been researching going back to school to become a teacher (getting a post-baccalaureate teaching license). Under the best of circumstances, if I were able to start school by the fall, it would take me a year and a half to two years to complete. However, it’s likely I will need some prerequisites before I can start. This would push back the time frame more.  In either case, if I take those paths, I will be almost 50 years old by the time I finish!

I can’t lie — the thought of starting over again at 50 (probably surrounded by everyone in their 20s) freaks me out!

Growing older, however, can be freaky.  It often feels like jumping into the deep end of a cold pool. The initial shock can be harsh, but once you get used to it, it’s really not so bad. The way I see it is … time will pass and I will get older no matter what I do so I might as well make the most of it. Why not  follow a dream?

Like mothering and parenting, and being a journalist and a writer (which also have been my calling), I believe teaching is a noble profession  — and one that society sometimes undervalues, but it’s still worth it in my eyes. This, too, is keeping me going.

As I ponder my options it helps that I am a runner and a marathoner and very much an optimist who believes in grace to guide me. Plus, most of the time I don’t feel someone who’s just a few years shy of an AARP card. (Hey, Michelle Obama just got hers!)   I know my driver’s license says that I’m that old, but I honestly feel much younger. I  am healthy, and happy, and young at heart and spirit, especially when I run. Having qualified for and run the Boston Marathon showed me just how much I’m capable of and that I can do anything if I put my mind and heart in it.

Being surrounded by other runners also helps me. If there is one community I know that doesn’t shun people for their age, it’s runners. Most runners I know embrace those who take up the sport and don’t fit the mold.  That’s especially true when you see young runners reacting to older ones. When I see runners older than me, I think,  “Hey, look at him (or her) and how strong he (or she) is.  That’s how I want to be when I’m his (or her) age.”

And heck, with running and racing, growing older or “aging up” as it’s called when you move into an older bracket when you race can even work to your advantage if you stay healthy and strong and even just keep going. (The age groups tend to get smaller with less competition.)

Ultimately, I believe I will overcome any “ageism” I might encounter, but just like how I’ve trained myself for marathons, I want to be ready for whatever comes my way.

When we got Brownie a few years ago, all she wanted was a home and family, and somewhere she belonged.  In essence, I think we all want this in life no matter where we go or which path we choose.  It wasn’t too late for Brownie to find her new “home”. Hopefully, with a little patience and fortitude, it won’t be too late for me either.

“You are never too old to set another goal or to dream a new dream.” — C.S. LewisC.S. Lewi

I’m not too old to take on this; the journey begins today.

“Aging is inevitable, but growing old is a choice. Lace up those shoes, and let’s go!”