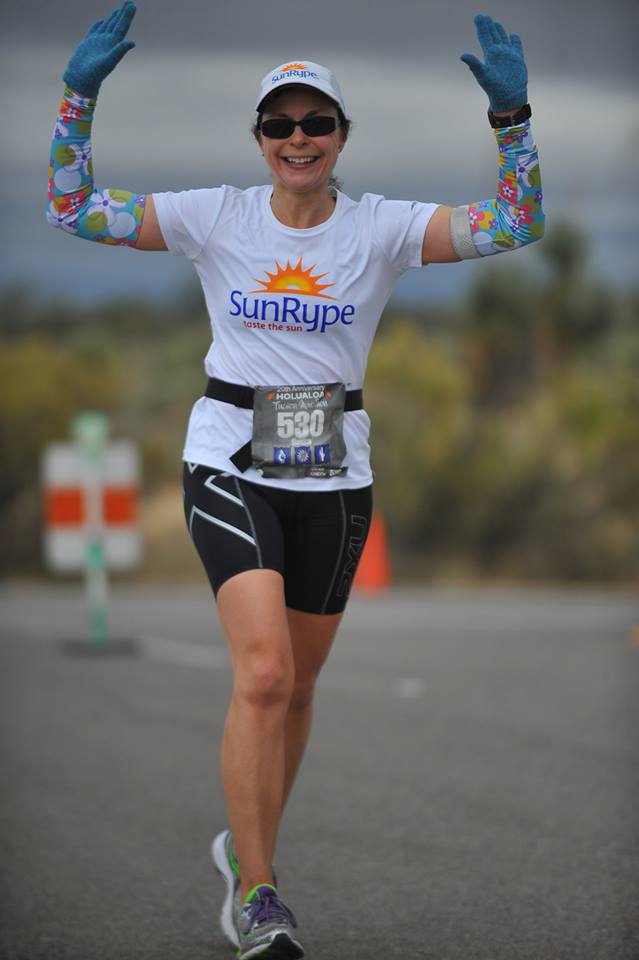 2013 wasn’t my best year for Boston or Botox or otherwise, but thankfully it’s ending on a good note.  I ran the Tucson Marathon well and finished in 4:02.

A few weeks ago, as I prepared to race Tucson on Dec. 8th, I mentioned that my blog got hacked recently.  That’s part of the reason why I haven’t written much this year.  The other reason is 2013 was difficult for me personally; oftentimes I didn’t have the stamina in me to blog.  I think we all face challenges some time during our lives; 2013 was one of those years for me.  An example: I had surgery a few days ago to address a health concern.

In a way, however, it was perfect I found redemption in the Arizona desert because at its worst moments 2013 felt barren to me.  However, the one thing I can tell you from having lived in New Mexico for many years is that the desert is NEVER void of life or hope, no matter how it appears from the outside.  Even the prickly yucca bears flower and fruit.  You just have to look for them with an open heart and mind.  The challenges we all face in life and running, I believe, are much the same.  Hope for the better is always possible and within our reach.  That’s where I find myself today – blossoming like the yucca after the rain.  I am ready to blog, run and live more fully again.  Thank you for your kindness, support, and patience during my dry spell. 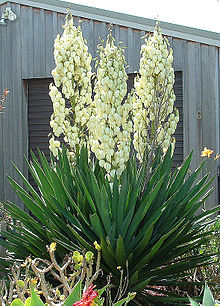 Now, without further ado (Drum rolls, please …) I give you my Tucson Marathon recap.

Success in the Sonoran Desert

It’s been more than two years since my sister and I have traveled and raced together so this race was a treat.  The last time was in Moab, the Canyonlands Half Marathon, March 2011, a month before I ran Boston.

Even though I ran the full and my sister ran/walked the half, this trip became about two similar things for both us: Family and finishing.  We accomplished both and had a wonderful trip together.

We flew in and out of Phoenix so we could visit our cousin who lives there. Then we drove into Tucson the day before the race and stayed at the hotel hosting the race, The Hilton Tucson El Conquistador.  The grounds were really beautiful.  The Tucson Marathon course has had many incarnations from what I read about it and apparently it used to finish near the hotel.  It doesn’t anymore.

The Tucson Marathon, organized by ultrarunner Pam Reed of Badwater fame, is a cumulative downhill course, with more than 2,000 feet of elevation drop according to the race website.  It’s considered a fast course and for the most part I think it’s true, although I’m not sure the variation of it that we got this year was its speediest version.  Apparently a few weeks before this year’s race, organizers changed the last five miles of the course.  It affected both the half and full marathon course.  From what I heard from locals who had done the course in 2012 and this year, it was supposedly harder.  It didn’t matter though because for me and my sister it was just the course we got that day.

Aside from the changes to the last 5 miles I liked the Tucson Marathon course and I was mostly impressed by the organization that went into it.

I caught my bus to the start from out hotel and was happy to learn that it was both heated and had a working toilet while we were shuttled to the start.  Once we got there we were allowed to stay on the bus until almost the very start of the race.  That weekend it was unseasonably cold in Denver when we left the airport, with temperatures hovering around zero, and subsequently it was also unusually cold in Arizona with it being 32 degrees at the start of the marathon. By the time I finished it was only in the mid-40s.

I loved the start of the race, it was dark as ink at dawn, and I watched the sunrise the first few miles.  The downhill was severe at the start, especially around several first turns and I forced myself to take walk breaks so as to not go out too hard or fast at the start.  I started out doing Galloway Method for the first 5 miles; running 9 minutes on followed by 1-minute walk breaks.  I abandoned it, however, so I could just walk through the water breaks when I wanted and fortunately there were plenty of them every few miles.

Several miles into the race we fit an open road and highway and we passed the Biosphere.  I remember finding the course to be more rolling hills and uphill than I expected, especially between miles 10-13.

Between miles 15-20 I hit my stride and I felt great.  I ended up meeting a runner from New Mexico, Cara, and we ran and chatted together.  She had run the course the year before and warned me about what was coming as she had driven the course the day before and I hadn’t.  Like me Cara was shooting for a BQ. For me I needed to run 3:55 or better. She had just turned 50 and needed to run under 4:00.  As we were coming up on mile 19 she told me she would not be able to keep up with me and to go on.  I was really hoping she would get a second wind because I enjoyed her company but it didn’t happen.  Around mile 20 I dropped her and picked up the pace.

The last few miles the course turned into a Tucson neighborhood and around mile 23 we climbed what felt like a monster hill.  In reality it was only 200 feet but it felt like Everest at that point.  The one saving grace was that there was this fun group of volunteers at the top, high-fiving and spurring everyone on.  Their enthusiasm was contagious and pulled up that beast.  Then the reality of the downhill hit me with full force.  It felt like I was dropping, just as steep but covering half the distance to do it, and my quads took a brutal thrashing from it.  I remembered thinking to myself, “Oh God, I’m going for that one!”

Despite the difficulty of those last few miles I miraculously never hit the wall – amen and hallelujah!!  I kept running strong, and I passed a lot of people.  My strategy was to go out conservatively and hope to negative the course until mile 20 and then treat the last 10K like a hard race and give it anything I had left.  That’s what I did when I pulled my first BQ at California International Marathon in 2009 and it worked well. I’m not sure how much true speed I had left that last 10K but I also felt strong and never fell apart either.  I also learned that my stomach tolerated Clif Shots well, which we, the racers, got from race volunteers near the end.

Although I didn’t get my BQ – this time– mentally and physically I ran a great race.  I felt like the Hansons Method, which I used for training, was a terrific fit for me and for my strengths and weaknesses going into the race.  I learned a lot about what I would do to improve next time.

I found out my new friend on the course, Cara, ran a 4:06. The year before, 2012, Cara told me she ran Tucson in 3:57.  Again, I took this as a sign of the course with its alterations being slightly more challenging than expected, although it was still relatively fast.

My only criticism at Tucson was the marathon pacers.  They were some of the worst I’d ever seen at any race.  I was in front of one group of pacers and I heard one of them yell out that they were “four minutes ahead of pace” at something like mile 6.  I remembered thinking that those pacers were going to hurt someone and it was highly irresponsible.  The goal is for them to lead people pretty much spot on.  Any good coach will tell you there is no such thing as positively splitting a marathon (running the second half of the race slower) and not paying the toll for it.

I am happy with my finish at Tucson and it gave me my confidence back to know I will BQ again.  Onward and upward, folks!!

Where am I today?  As I mentioned earlier I did have surgery a few days ago; but thankfully, I’m already feeling better.  My hope for the next few months is simply to run strong, have lots of fun with family and friends (I have several girlfriends who are doing Rocky Raccoon in the spring and are running trails in the coming months) and focus on my 10K speed and racing.  If there is one area I feel I need to shore up for next marathon it is running my longer tempos stronger.  I believe some solid 10K training will help.  I intend to do another fall or winter marathon in 2014 (I haven’t determined which one yet) and I WILL BQ for a second time in my life.

As for my blog, it’s time for me to finish out those profiles of other great Boston or Botox qualifiers and to get back to writing humor and fun discussions about marathons, motherhood and midlife triumphs.

Tomorrow 2014 will be here.  My resolution for 2014 is NO resolutions for me, except for surrounding myself with joyous people and things that promote happiness and wellness around me and others.  I am up for the challenge.  How about you???  I hope so. 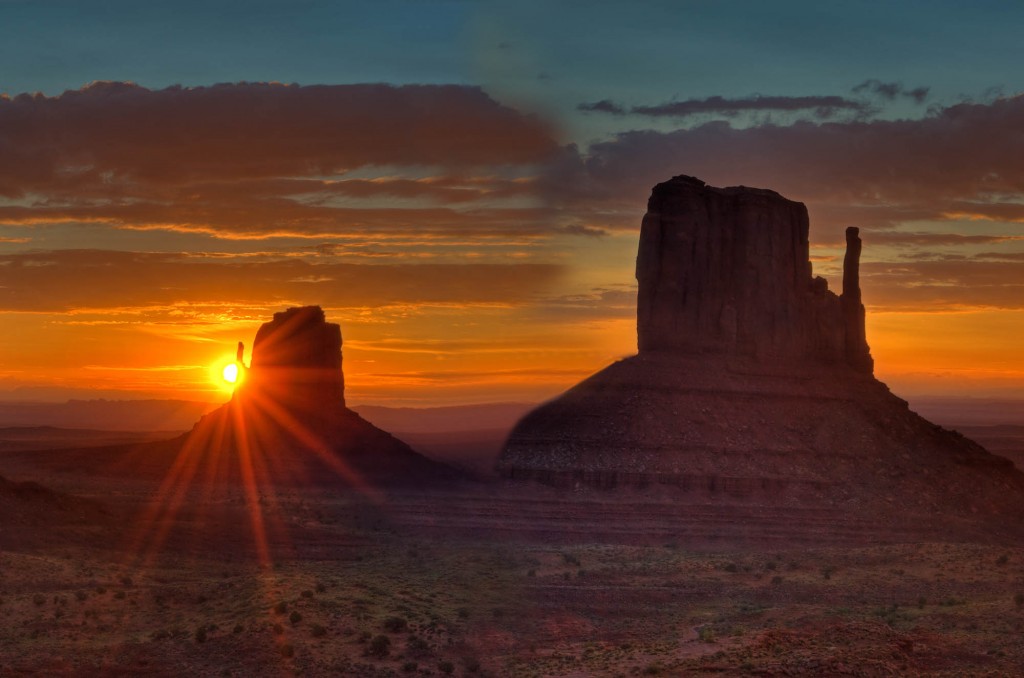 It’s T-5 days until I run my next race: The Tucson Marathon. I’m excited.

Each marathon training teaches me some new life lessons. While I’ve trained for Tucson I’ve mastered the art of surrender and when it’s simply time to let things percolate until you’re ready to “wake up and smell The Consciousness.”

Now I’m ready to go after what I want with the ferocity of a tigress ..

Perhaps that’s why we face tough or unexpected challenges in life? So that we can use them to define us, not break us.

Last month, for example. someone hacked this blog and website and it took me some valuable technological time to recover from that. The clean up I had to do was a fitting twist to the kind or crazy, strange, unexpected year I experienced in 2013. I won’t bore you with mundane details but I will say this: I could have choose to let some events beat me to a pulp. I didn’t. I’m still standing, and I’ve bounced back better, stronger, and happier.

I plan to run a solid race at Tucson. I’ve followed Hansons for my marathon training. It has gone well. Whatever comes on Sunday I’ll hold my head high.

Let the tigress spring forth …